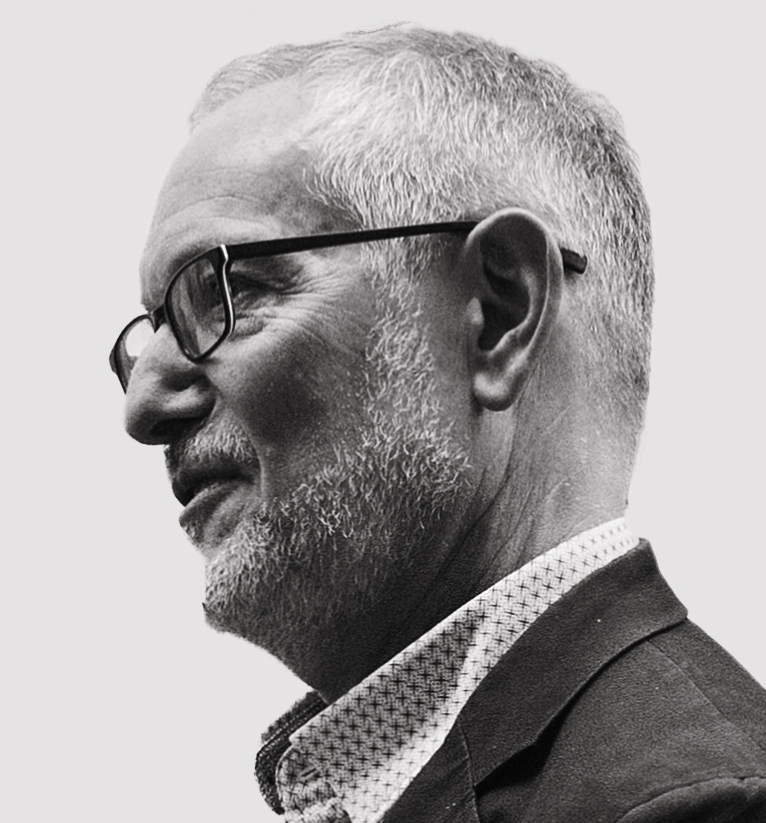 Martin Venezky is a designer and artist based in San Francisco, California. Throughout his career as a graphic designer, while specializing in book design and typography, Venezky has maintained a deep and continued interest in photographic process and abstraction. For the past several years, he has created new bodies of work in photography and photographic installation.

Venezky’s career in photography is a parallel practice to his career as an esteemed graphic designer specializing in experimental typography and book design. The San Francisco Museum of Modern art honored Venezky with a 2001 solo exhibition, and his monograph, It Is Beautiful...Then Gone,was published by Princeton Archtectural Press. Throughout his career, Venezky has used photography as a vital tool in his design work, and, during his 2016-17 sabbatical, he has developed his photography into a vibrant and sympathetic practice.

His continuing series, “The New Machinery” is a culmination of years of investigation and is about to receive its public debut at the San Francisco International Airport in July 2018. His collaborations with artist Barbara Levine have resulted in the well-regarded and award winning series “We Have Been Where You Are Going” and the photo book, “Camera Era.” His photography has been reproduced in a variety of print and online publications

Venezky has an undergraduate degree from Dartmouth College and an MFA in Design from Cranbrook Academy of Art. He has taught at RISD and CalArts and, for over 25 years, at California College of the Arts in San Francisco, where he is currently Professor in the Graduate Design Program. The San Francisco Museum of Modern Art honored Venezky with a 2001 solo exhibition, and, in 2005, his monograph, It Is Beautiful...Then Gone, was published by Princeton Architectural Press. In 2015 Venezky was inducted into the esteemed Alliance Graphique Internationale (AGI). In 2018, San Francisco’s Letterform Archive acquired an extensive collection of is work, studies and process for their permanent collection.